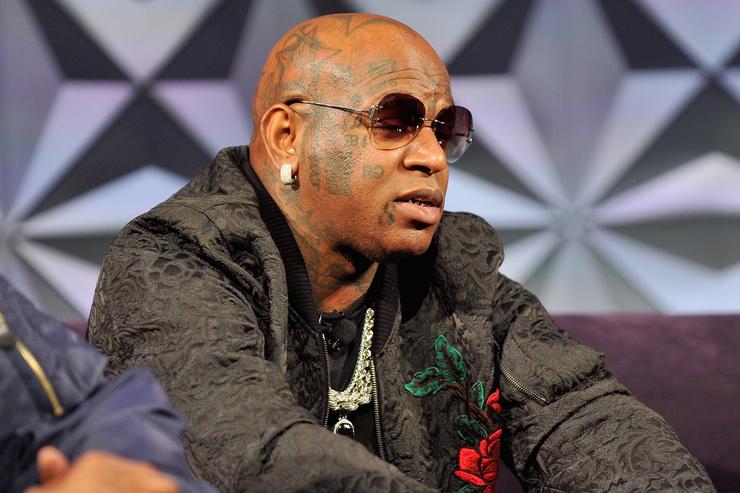 The race to a billion dollars is clear in hip hop. Jay-z, Dre and Diddy. Yeah yeah, more money more problems we get it,says the rich guys. Their history has been well documented and they are widely commended on their business approach, deals and way they treat their artist. Of course not without fault but no one is perfect. But if we are talking about perfect business approaches, Birdman has to be on the opposite end of the spectrum. In fact, the biggest would’ve should’ve could’ve in music history falls all on Mr. Brian Williams.

Now I know what you are thinking, pfff, Birdman first to a billion, being biggest mogul…laughable. But when you dissect the situation and dig deeper, it doesn’t seem too far fetched. Let’s start when he was young. Coming up, Birdman’s father owned a few small shops in Louisiana so its obvious the business mind set runs in the family. Now fast forward to the Late 90’s. And I might catch alot…..and I mean a lot of flack for this, but the The Hot Boyz might have been the hottest group from 1998-2001. Not the most lyrical, not the best, but arguably the hottest. Hip Hop purest might want to fight after that statement but they’ll be hard pressed to name a more transcendent rap song song that came out after 1997 than Back that azz up.

Groups are usually groups for a reason. When one artist tends to go solo it doesn’t work out a lot of times. Two going solo and being hot is almost unheard of(with the exception of those legends such as the Fugees, N.W.A and the WU Tang Clan)..now thats the type of class that they are in when we speak of going solo and staying hot.. Juve and Wayne made going solo look seamless.

Hits after hits they were dropping, and I’m sure that having an amazing in house producer didn’t hurt at all. In fact, during Mannie Fresh’s time at Cash Money, he was consider one of the hottest producers in the game. Still to this day, when I hear “Gator Boots!!!!!!, with the pimped out Gucci suits” my ears will naturally perk up. Cash Money became an empire in front of our eyes.They built a sound that was known all over the genre. But like every empire/dictatorship, the fall comes from the foundation at the top.

In this case, outside looking in, it could’ve been so simple to keep everything together. Just pay the people the pennies you owe. Instead, Juve left(who till this day still has the highest selling album ever on Cash Money), Turk left, B.G left…..Cues the always timeless hood classic I Miss my Dawgs…….then Mannie Left. But Right before Mannie left, during the creation of the Carter, he has been quoted saying that “I’m like, ‘Tha Carter is going to define rap for a while.’ Boy was he right. Wayne since then has became a legend that is in everyone’s top ten.

Even with all the talent leaving, Lil Wayne stayed. Wayne took the opportunity of not sharing any spotlight on his label and ran with. Between the stretch of 2005-2009, Wayne was putting out a ridiculous amount of music that would keep a greedy man full. He was Cash Money. He was thee rapper until he signed thee rapper. Drake.

Quick flashback. On December 23, 2009, the Space Jam 11s were retroed and it was the biggest release for a shoe that I can remember. Drake has that same hype with every project release. Possibly the biggest artist our culture has ever seen and he belonged to Cash Money. Im almost sure I have no need to go into detail about Drake who has said to be out of the Cash Money deal.

There are a lot of questions to be asked. If the Hot Boyz never hit the scene, would the south be as prevalent? Without Drake, would there be The Weeknd or Tory Lanez? What would life be like with a Hot Boyz and Drake Collab EP, what would a Tory Lanez and Juve song sound like? These are the questions that don’t even scratch the surface of what could’ve been.