“Fuck Kanye West, man.  I can’t believe he really said that shit.  It’s about time to throw the whole ‘Ye away.  He’s probably my favorite artist, though.  I’m being serious.  His catalogue is crazy.  He’s underrated as a lyricist in my opinion, too.  But goddamn does he make being a fan difficult, unless you talk to some of the real diehards.  I’m talking about the uber-toxic Stans, arguably the worst fan base in music.  But I’m not like them, even though I agree with them like 98% of the time.  I’m different.  Somehow I’m special; I’m an exception.  Don’t you dare disrespect Kanye.  He made Graduation.  He’s a genius.  He is an idiot, though.  I’m exhausted even knowing him, and I don’t even know him!  Fuck, I’m hyped for this G.O.O.D. summer.  I bet Pusha T’s album is fire.  If Pusha still rides with him, who am I to judge?…….. I hate Kanye”

There was a bit of bittersweet poetry that bonded the rapid, turbulent thoughts I had at this time with the unofficial theme of Kanye’s eighth studio album.   At the height of his (oft-embarrassing) public transparency, Kanye declared to the world over a Wyoming backdrop, “I Hate Being Bipolar; It’s Awesome”.

Now, obviously, having mixed emotions is absolutely no comparison to the struggles that millions of people face daily suffering from bipolar disorder, and this includes Mr. West himself.  That being said, in the summer of 2018, it was almost as if Kanye was maliciously trying to synchronize his own devolving psyche with his fanbase’s by delivering some of the most shocking statements in recent pop-culture memory.  If that was his goal, he succeeded-at least for me.  I was torn, and if I’m being real, I don’t think I’ve ever really mended those tears.

What I have done, despite my frayed perception of the man, is continue to listen to his music, albeit with a dash of guilt seasoning the experience.  During that summer, my girl took me out with some shit I cannot forget, no matter how much I’d like to:

“If you were black, you would have already stopped listening to Kanye by now”.

*Timeout on the field*.  Context here is important.

3) Her comment was 0% a sweeping generalization requiring black people to denounce Kanye, and 100% a slam against my pseudo-conscious “wokeness” towards the culture’s struggle.  I’m glad we could clear this up.

Much like the fans of the man he supports* (*supported?  Is that still a thing?  See, this is the shit I’m talking about; dude’s confusing AF), I’ve come to realize that Kanye might literally be able to go to the middle of Times Square, shoot someone, and do so without losing my streams.  This isn’t something that I’m proud of.  This is just facts being reported.  I accept and understand any ridicule aimed at my direction.

^^That entire intro is just a testament to how Kanye gets on my nerves and disrupts my ability to focus on his artistry.  See, my first brainstorm for this article didn’t center around his fetish for controversy at all.  It spawned from a realization I had listening to a shuffled playlist with all of his hits, a realization that challenged what I have always believed to be my own truth.

I’ve long contended that contrary to popular belief, Late Registration was Kanye’s best work to date.  The foundation for my argument was fairly straightforward:

My thoughts went a little deeper and more layered than that, of course:

“Everyone has their own opinion, but I think few people have taken the time to actually analyze:

Anti-Kanye and Old-Kanye fans will default to The College Dropout nine times out of ten, and will apply little to no critical thinking in the process; fans of “neo-Kanye’s” overall musical abilities/genius will likely-and understandably-default to Graduation or My Beautiful Dark Twisted Fantasy; Kanye non-conformist types will likely default to either Yeezus or, I suppose, Late Registration, just to be difficult and different (oh, but I’m totally the exception here……?…sigh)…”

Honestly, that list goes on.  I could have written an entire article on why Late Registration is my top Kanye album, and I almost have.  What stopped me from doing that is the same thing that stopped me in my tracks on that day listening to Kanye on shuffle, a point my partner Ricky Williams has emphasized for years regarding “classic” music: replay value.  As I listened, I found myself skipping nearly all of Late Registration in favor of stadium anthems from Graduation, bonafide bangers from Yeezus and The Life of Pablo, and even some contemporary ballads from Jesus is King.  I mean sure, shuffle isn’t the same interpretation medium as a complete album, but this has to mean something, right?

The more I thought about it, the more I realized my new truth:  Like the man himself, there’s no resolution to this argument.  There’s no complete, absolute conclusion to reach.  They’re all the best, but none of them are.  Everything Kanye-from his relationship, to his music, to his fanbase, to his fashion, to anything he says or does, really- is just an exercise in organized chaos.  Being a Kanye fan is like the liquor I’m on now: sometimes difficult to swallow, sometimes great, always interesting, never without at least a mild hangover, and not something I think I’ll ever be ready to give up. 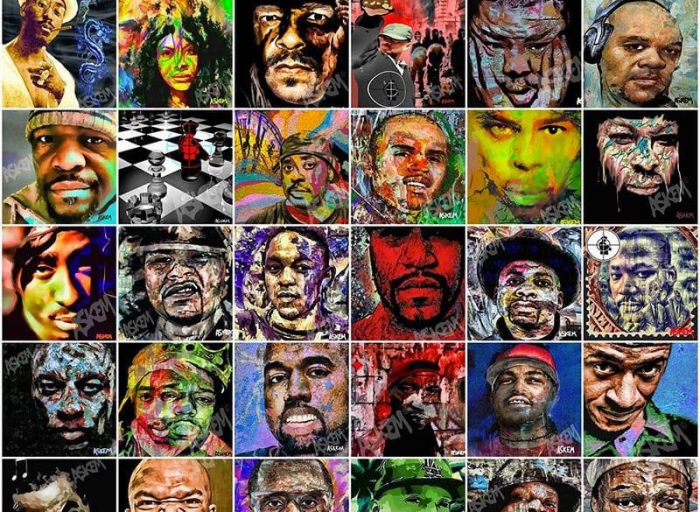