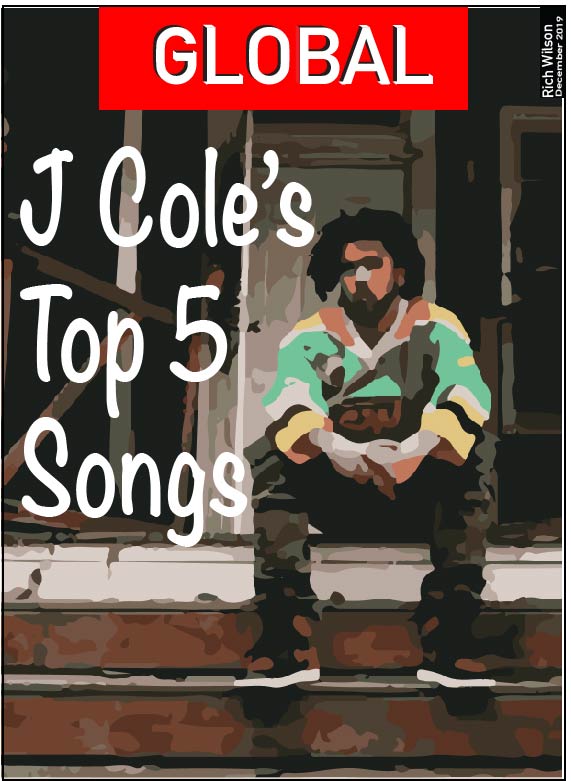 5. Too Deep for the Intro

The wait was real for Cole core fans at the beginning of the decade. We enjoyed the Come Up, we loved the Warm Up. Im sure i can speak for all of the J cole fans when i say that we wanted more! For some reason the fans thought  it was j cole vs drake. Don’t ask me why, I don’t know why and I don’t make the rules. Drake was dropping music after music and then comes the ultra beautiful Friday night lights by starting off with a truth telling verse over a lauren hill sample. A great intro for the greatest mixtape ever definitely deserves a spot on my list.

Yet again, we were waiting for the album. Fitting that he signed with Hov, widely thought of king of rap, and then have Mufasa speaking at the beginning of the song, and Cole did not disappoint. Every hip hop fan just knew that this was a warning shot to let everyone know that he was coming. He starts off by defending his place as a one of the kings of the new generation of hip hop by saying that the “Old heads” don’t get it. Then continues to give an insight on his current path to greatness in this hip hop game, some inspiration bars and of course, a couple bars to stunt on rappers of the new generation as well. It was definitely a moment that the conscious community of rap knew was special.

A message to culture as a whole. Our culture has severely  fell victim to the Willie lynch theory and longs to pit each other against one another, and Cole could not have dropped this song any sooner. Telling us to love ourselves and the life that we have, even if we are going through hard times. Saying that its beauty in the struggle is a real thing, simplistic beauty to say the least. Becoming more successful than your past can really sheds light on how fake and ugly people can really be. When we can understand that each one of us are currently living in the best life possible, that is when the Theory of Evil Lynch will start to be reversed.

Why did this song cut as deep as it did. Living in Society today, social media has become a big part of the way that we live. I remember the days when we used to send letters asking if a person liked us. Fast forward to present day, we are sending a picture a like to inform the person of our infatuation of them. The hook is a whole summary of how a lot of single guys feel today. I shoot my shot and i brick, i shoot my shot and i brick……man o man. Myself, personally, I stay in some dm’s and I’m most likely going to slide in some more dm’s once im done writing this blog.

Back when J Cole was viving to get signed by Jay z came his hardest barz. This was his second time around rapping on the dead presidents beats. Never Have I heard Cole spit so many hard barz on a track since this. To the homie that told Cole that he didn’t go hard the first time around, thank you!! I’m not sure if we would’ve got this gem if you never told him that. New York dudes know how to get under someone’s skin. but still, thank you. I could go on and on about stand out lines  from this track, but I’d rather not write down the whole song. Its that hard!