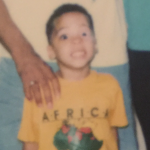 **Every article in this series contains spoilers.**

The Triple C’s are a new form of character investigation I would like to bring to you, the audience. For this series, I will take an in-depth look at a comic movie or television show’s protagonist or antagonist, dissect their decisions/motives, and what I interpret it to be. As always, all art is subjective; allow yourself to be open to my perspectives, and your thoughts are welcomed for healthy debate.

I see Marvel Cinematic Universe (MCU) as the Star Wars of our current time. It has dominated the movie box office since its inception in 2008, pop culture in a landslide, and with the Disney+ streaming service in tow, the MCU is full steam ahead in taking control of the home box office (pun intended). The Falcon And The Winter Soldier (TFATWS) is the second delivery to the television screen for Marvel, and I believe it has delivered one of the most monumental moments in the superhero genre: the former Falcon Sam Wilson now as Captain America.

But what is Cap without a speech that wins over the hearts and minds of the populace? The leader we need in times when the world is in disarray?

The finale of maybe season 1 of TFATWS gives us just that. Quick recap, Sam Wilson in his new Cap uniform sponsored by Wakanda, flies in angelic-like with the now-dead Flag Smasher antagonist of the show Karli Morgenthau. Sam’s heart is heavy with the young woman’s death as he passes her off to the medics on the scene. As he ignores the press shouting and directing questions his way, he walks stone-faced to face the leaders of the Global Repatriation Council (GRC) who are also on the scene.

The GRC thanks Sam for ending the Flag Smasher terrorist threat. Sam ignores the thanks and asks the GRC leaders if they will still move forward with their plans of resetting the borders of the world’s countries. The GRC says they will continue their plans, and that the terrorist only set the plans back minutely.

The recap is complete. Let’s get into it. Cap, the floor is yours.

“You have to stop calling them terrorists. Your peacekeeping troops carrying weapons are forcing millions of people into settlements around the world, right? What do you think those people are going to call you? These labels…terrorist, refugee, thug. They’re often used to get around the question, ‘Why?’”

If I came to your house with 20 armed guards and claimed “I’m here to keep the peace,” what would you call us? How would you greet us? Marvel has constantly shown us increased force is met with increased opposition, someone’s strength is met with a challenge. And those same points also reflect our real-world conflicts.

The words terrorist, refugee, thug — words that make a group of people seem less than human, and therefore makes it easier to sell on doing less than human things to them.

The Why is never considered when the power resides in one direction. The power will always influence their will and shape places how it sees fit.

A U.S. Senator on the GRC tells Sam these choices are extremely difficult and that he does not understand how complicated it is dealing with 50% of the world coming back to life. The Senator begins to walk away before Sam speaks again.

“You know what, you’re right. And that’s a good thing. We finally have a common struggle now. Think about that. For once, all the people who’ve been begging, and I mean literally begging for you to feel how hard any given day is, now you know. How did it feel to be helpless?”

And this is why we have grassroots campaigns for certain issues. Power will rarely do in the people’s best interest unless the former can somehow benefit more. Public pressure has to push the power to work for the people. And Captain America here, with the world watching, is doing just that.

“If you can remember what it felt like to be helpless and face a force so powerful it could erase half the planet, you would know that you’re about to have the exact same impact. This isn’t about easy decisions, Senator.”

I am glad to see Thanos still being mentioned in key parts of the MCU. That’s good writing to still see The Mad Titan’s effect within the world of our characters. As for the GRC, they are ready to move millions around the world and are not seeing both sides of the coin with this issue. With that being said, those who got blipped deserve to have their residence back; the displaced persons, however, should be dealt with on a more case-by-case basis in my opinion, instead of forcing them out of their new communities. This isn’t about easy decisions, Senator.

“I’m a Black man carrying the stars and stripes. What don’t I understand?”

Man. The history of this country and the dichotomy of that sentence. This country was built on the backs of African-Americans, and the character of Sam is the goal of what America should strive to be. The MCU USA should be honored that he decided to even pick up the shield.

“Every time I pick this thing up, I know there are millions of people out there who are going to hate me for it. Even now, here, I feel it. The stares, the judgement, and there’s nothing I can do to change it, yet I’m still here. No super serum, no blonde hair or blue eyes.”

Let’s look at this two ways. Sam Wilson as Captain America is 100% comic accurate. But let’s not act like this inclusion in the MCU will be received with 100% open arms. But this is what makes comics great though. To be able to challenge what is considered norms with something polar opposite. The second way I look at it would be how the Americans would receive it in this universe. There would be outrage from certain media persons and hit pieces on Sam’s history. The best example I can give is how President Obama was received, with the questioning of his heritage and his legitimacy to hold the nation’s highest office.

Sam’s Cap did not have any special powers. He used his intelligence and military experience to solve the problems that arose for the Avengers. Part of that military experience was his time as a veteran counselor, as was shown again with him helping Bucky amend, not avenge.

“The only power I have is that I believe we can do better. We can’t demand that people step up if we don’t meet them halfway. You control the banks. Shit, you can move borders. You can knock down a forest with an email; you can feed a million people with a phone call.”

Sam using his position to directly call out the elites. Also, it raises the old question: If you have the resources to make life better for humanity, is it your responsibility to do so?

“The question is, who’s in the room with you when you’re making those decisions? Is it the people you’re going to impact? Or is it just more people like you?”

Seriously. Let’s not act like the GRC is keeping its ears to Main Street and meeting the needs of the people. This is also why grassroots campaigns are extremely important.

“I mean, this girl died trying to stop you and no one has stopped for one second to ask, ‘Why?’”

As I said earlier, when you label a group of people a derogatory word, it makes it easier to sell the bullshit you will do to them. The “Why?” never as be answered if the question is coming from a ‘terrorist organization’.

I’m pretty sure regardless of political affiliation and without having conducted one poll, there are 100s of millions of Americans who would agree with this statement.

“You’ve got to step up. Because if you don’t, the next Karli will and you don’t want to see 2.0. People believed in her cause so much that they helped her defy the strongest governments in the world. Why do you think that is?”

I wonder if that 2.0 was an Easter egg for something bigger. And once more, Sam sending warnings on the blindspots of the elite.

“Look, you people have just as much power as an insane God…”

“..or a misguided teenager.”

“The question you have to ask yourself is, ‘How are you going to use it?’”

That last question, I feel there was a double intention of it. Not only is Sam asking the GRC within the show, but the writers, through Sam, are talking to us, the audience. Even if we do not have an abundance of resources around us, how can we help someone today, and make their life situation better? How can we be of service to others? How can we improve our own communities we live in?

File this speech under one of the greatest moments of the superhero genre as ‘The Rebirth of Captain America’.

An Article By Penmanship.